A few years ago I figured out what I want to do right now! I want to make video games. Since I’ve reached this clarity of mind I started spending time working on designing and developing games. I started a small studio with my friends, Gamja Studios. So far we haven’t published any titles, but we’re working on it! Meanwhile, here’s a glimpse of what we’ve been up to and what we’ve jammed up together.

We are now working on Scion, our first game in the world of Morja. Morja and Scion are my shared dream with Usul and Dave. Scion is a tactical, asynchronous game for tablets and is developed in Unity. It’s in active development right now, though yet unveiled. Stay tuned for more Scion news.

These mini projects were done during the GGJ weekends. Some are more baked than others, namely Operation Kill-Ling and Pulsmacher.

Hellmüt is my personal “Hello, Unity” – my first dive into 3D programming. It was also my first Global Game Jam. Together with some great guys we designed and developed the game in a couple of days. The GGJ 2010 theme was “deception”, which led us to design a 3D game which would deceive the player into thinking it is flat. This made the development a little tricky! But I managed to create one level that demonstrates the concept rather nicely.

In 2011 I returned to the Global Game Jam scene to help create Operation Kill-Ling. Unity was again our platform of choice. The GGJ theme was “extinction”, which was quite a challenge, but we eventually settled on a design where the player needs to obliterate the population of a small planet. Yeah, sounds banal, but the game includes an entire ecology of creatures, each acting independently: roaming about, scavenging for food, multiplying and dying. The player goal is to topple the food chain, throwing the ecology off balance. I led the development, with Roy Bass as my wingman. 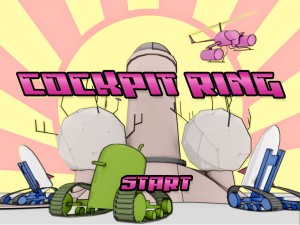 In Global Game Jam 2012 we took up our biggest challenge yet. We were a small team (I was the only programmer) and we bit more than we could chew in 48 hours. Cockpit Ring was designed based on the classic ’90s game Rescue Raiders (or Armor Alley for PC). The GGJ theme was “ouroboros”, which ended up being the most difficult theme to date. We decided to take the classic game, which was practically played out along a long, straight line between 2 bases, and bent it to close a loop. The number of players grew from 2 to at least 3 (but preferably more). The design was not simple. We flip-flopped between several ideas regarding the player copter and its freedom of movement. In addition, the desire to build a full-scale multiplayer game in such a short time proved to be overambitious. Alas, we didn’t complete the game in time. But perhaps one day we will pick up where we left off.

Global Game Jam 2013 has arrived! And ended… Was a fruitful one. This time we kept it simple, looking to create a toy which was simple and fun and would suit this year’s theme – heartbeat. After much debate we decided on a runner with a pulse. We call it Pulsmacher. In this hypnotic experience you need to get in sync with the beat.

This is the first time that I used the Unity platform to create a 2D game. We used the Orthello library. We didn’t use any of its features and it gave us a few headaches (it’s very intrusive!), but eventually it displayed the sprites on screen. And for free. Happy end. 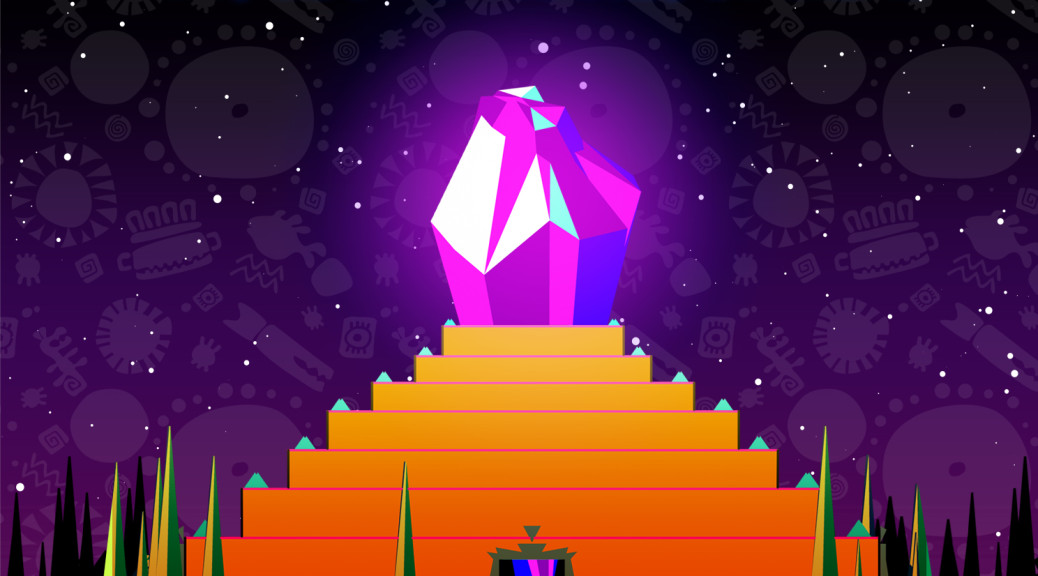 In GGJ 2014 we sat back and thought hard. That year’s theme beckoned us to go deep. We took it easy, having fun surrounded by the hundreds of gamers who stormed the Tel Aviv GGJ site, but we gave ourselves a hard time when it came to game design. We spent the entire first day sitting, thinking up game ideas and experimenting with them in our minds. We worked up our brains for so long that we almost lost ourselves in our minds. At the end of the day we thought up Come and take my Herb. It’s an experience. It’s different. It’s half-baked. So, at your leisure, you’re welcome to step right in and try on for yourself dimension deficiency. 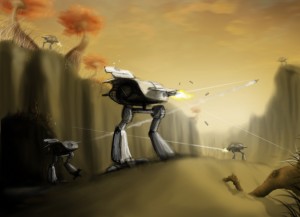 PANSIES was our first attempt at producing a full game. The design was a novel blend of genres: turn based and FPS. It was to be a 3D multiplayer game set in a futuristic world in the 4th millennium. We created a playable single-player demo before we decided to freeze the project. We resolved to freeze it in favor of a smaller challenge – one which we could produce in a shorter time with a smaller team.

Swat was our second attempt – a casual Facebook game for two players. This time we chose Flash as our platform. I had no experience with Flash or ActionScript before, so every system quirk (a lot of those!) was new to me. After months of work I managed to tame the platform and the game was up and running. We had a fully-featured player vs. player game working peer to peer. The art assets were smoothly set in place. But alas, we were not pleased with the gameplay. After several iterations we still weren’t satisfied. We revamped the design and built the appropriate work plan, but due to business-related factors decided not to see it through. We pulled the plug. But it’ll always have a warm spot in our hearts.

When I have time I’m usually happy to work on other studios’ video games. Especially if it’s developed in Unity. Feel free to contact me for freelance work.